Thank you for attending the Fort Collins Book Fest. See you next year for another great festival - new format coming in 2022! 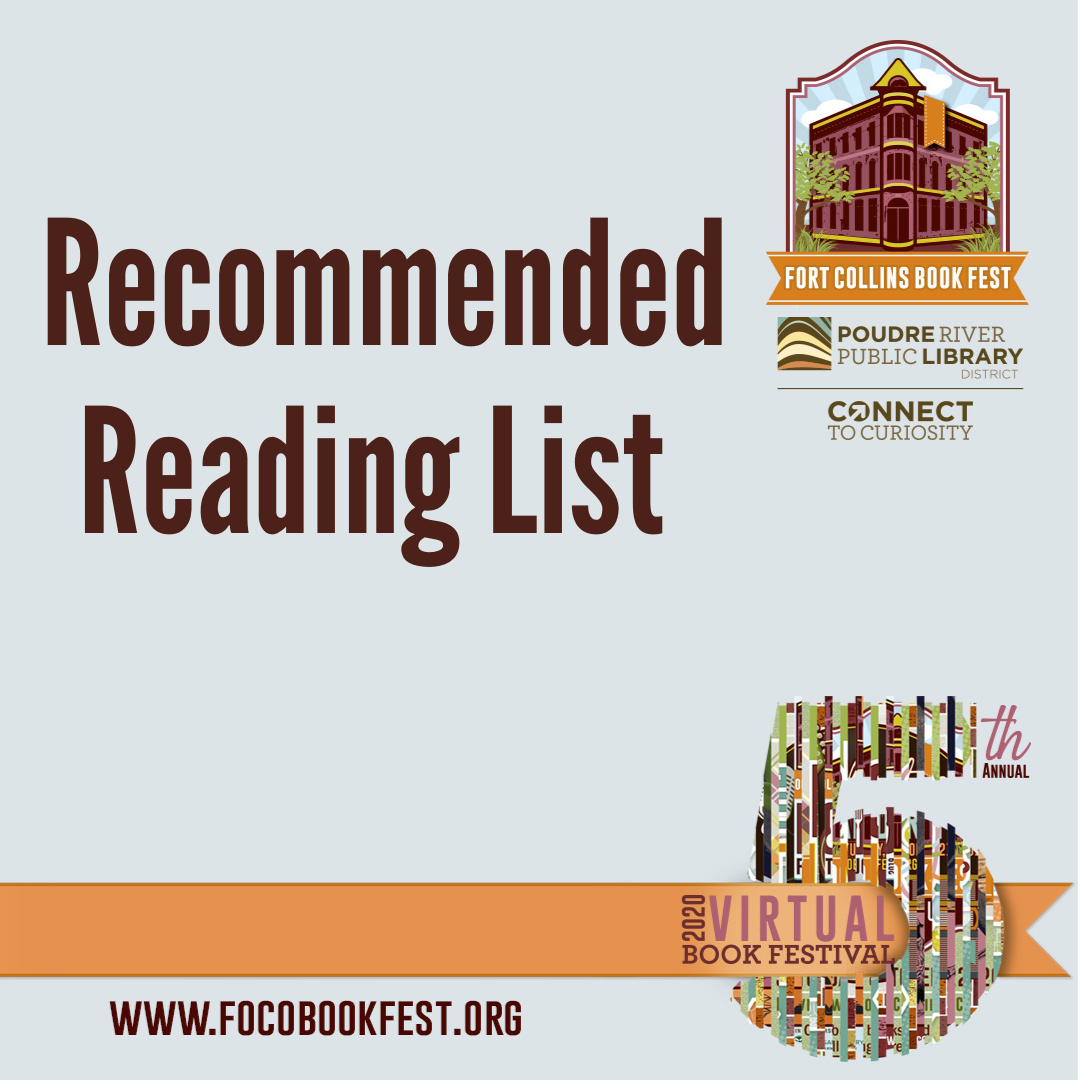 This year’s Fort Collins Book Fest is a virtual event that will take place over two weekends, October 9-11 and 16-18, 2020. Get a head start on reading selections from this year’s author lineup.

The book list is presented in the order that the authors will appear at the festival. All books can be purchased at Old Firehouse Books, the official bookseller of the Fort Collins Book Fest. Books that are available at the Poudre River Public Libraries have been noted.

Earth in Her Hands: 75 Extraordinary Women Working in the World of Plants by Jennifer Jewell (available at the library)

The Brewmaster’s Table: Discovering the Pleasures of Real Beer with Real Food by Garrett Oliver

Garrett Oliver, award-winning Brewmaster and Vice President of Production of the Brooklyn Brewery, reveals the full spectrum of flavors contained in the more than 50 distinct styles of beer from around the world. Most importantly, he shows how beer, which is far more versatile than wine, intensifies flavors when it’s appropriately paired with foods to create a dining experience most people have never imagined.

The Handyman’s Guide to End Times by Juan Morales

In Morales’s newest collection, an imagined zombie apocalypse intertwines with personal narrative. From zombie dating to the sin of popcorn ceilings, these poems investigate the nature of impermanence while celebrating the complexities of life.

Trophic Cascade by Camille Dungy (available at the library)

In a time of massive environmental degradation, violence and abuse of power, a world in which we all must survive, these poems resonate within and beyond the scope of the human realms, delicately balancing between conflicting loci of attention. Dwelling between vibrancy and its opposite, Dungy writes in a single poem about a mother, a daughter, Smokin’ Joe Frazier, brittle stars, giant boulders, and a dead blue whale. These poems are written in the face of despair to hold an impossible love and a commitment to hope.

Live Long and Evolve: What Star Trek Can Teach Us About Evolution, Genetics, and Life on Other Worlds by Mohamed Noor

Biologist and die-hard Trekkie Mohamed Noor takes readers on a fun, fact-filled scientific journey. Noor offers Trekkies, science-fiction fans, and anyone curious about how life works a cosmic gateway into introductory biology, including the definitions and origins of life, DNA, reproduction, and evolutionary processes. Giving readers irresistible insights, Live Long and Evolve looks at some of the powerful science behind one of the most popular science-fiction series.

Farming While Black: Soul Fire Farm’s Practical Guide to Liberation on the Land by Leah Penniman

Farming While Black is the first comprehensive “how to” guide for aspiring African-heritage growers to reclaim their dignity as agriculturists and for all farmers to understand the distinct, technical contributions of African-heritage people to sustainable agriculture.

Colorado’s Highest: The History of Naming the 14,000-Foot Peaks by Jeri L. Norgren with photographs by John Fielder

A book about who first climbed Colorado’s 14,000-foot peaks, and how all 58 mountains were named. Through extensive research of the early days of mining in Colorado, and the voluminous records of the Hayden Surveys of Colorado in the 1870s, Norgren has written what may prove to be a classic Colorado history book. But it’s not only words, it’s Fielder’s photographs of the fourteeners, many never before published, Robert L. Wogrin’s sublime oil paintings and sketches, and the historical sketches made in the 1870s by the artists of the Hayden Survey.

When the Rivers Run Dry: Water, the Defining Crisis of the Twenty-First Century by Fred Pearce (available at the library)

It was with the Colorado River that engineers first learned to control great rivers. But now the Colorado’s reservoirs are two-thirds empty. Great rivers like the Indus and the Nile, the Rio Grande and the Yellow River are running on empty. And economists say that by 2025, water scarcity will cut global food production by more than the current U.S. grain harvest. Veteran science correspondent Fred Pearce traveled to more than thirty countries while researching; it is our most complete portrait yet of the growing world water crisis.

Sins in Blue: A Novel by Brian Kaufman (available at the library)

It’s the 1960s, and nothing reflects the cultural revolution more than music. When Kennedy Barnes, a runaway teen, stumbles upon a rock and roll song recorded by a blues musician in the 1930s, he heads west in search of the man behind the music. Willie Johnson, ex-bluesman, is a motel laundry worker with a bad hip and a dark past. When Kennedy arrives with the promise of riches, Willie wonders if he’s finally getting his shot at the big time. But is fame worth the cost of dredging up past sorrows?

Sweet Judy Blue Eyes: My Life in Music by Judy Collins (available at the library)

A folk music icon discusses the height of her career in the 1960s, her alcoholism, her love affair with Stephen Stills, and her friendships with Joan Baez, David Crosby, Joni Mitchell, Leonard Cohen, and others.

The Ledge: An Adventure Story of Friendship and Survival on Mount Rainier by Jim Davidson (available at the library)

A full-length account of a story covered in a Pulitzer Prize-nominated article documents the 1992 mountaineering venture during which co-author Jim Davidson and his best friend, Mike Price, ascended Mount Rainier before a tragic fall that instantly ended Mike’s life and forced Jim to climb to safety with sparse equipment.

If I Go Missing: Poems by Octavio Quintanilla (available at the library)

An astonishing debut, If I Go Missing is timely, fearless, and necessary. In these poems, Octavio Quintanilla measures displacement with language and grapples with the longing to begin anew, to return to what was left unsaid, undone. Redemption is not always possible in the geography of these poems, but there is always a sense of hope. And by this pulse we are guided, the poet’s unmistakable voice that, finally, clears the way so we may find our bearing.